Posted at 07:14h in Ranger Diaries
0 Likes
A Big-5 Game Reserve Experience Like No Other According to Texans’ own claims, everything is bigger and better in the Lone Star State, but there is something big that they don’t have. We do, at our privately-owned game reserve – Fifty Seven Waterberg – in Limpopo province. We refer to the Big 5 – South Africa’s most well-known animals, which continue to fascinate visitors to game reserves that are privileged to include these wild animals among their game population. Unbeknown to some, “Big 5” is not indicative of the size of these 5 creatures – the African lion, African leopard, Cape buffalo, black rhinoceros and African elephant. Size only applies to the elephant. The Big 5 was regarded by hunters as the most difficult and dangerous species to hunt, hence their distinctive collective title.
Read More

Posted at 11:44h in Ranger Diaries
0 Likes
The Waterberg Biosphere Reserve’s Big 5 Luxury Game Lodge Visitors to South African nature reserves invariably wish to include a stay at a bushveld game lodge in their itinerary, ideally in a reserve that is home to the Big 5. Mankind’s fascination with these 5 wild species is ceaseless; the desire to see more is never permanently satisfied. Every animal encounter is unique. As long as there is game, there’s more to experience – perhaps just around the next corner, within the next half an hour or maybe tomorrow. Because two of the Big 5 are top predators, the chance of observing them hunting increases man’s appetite to see more of them.
Read More

Posted at 11:42h in Ranger Diaries
0 Likes
Laid-Back Luxury Accommodation in Malaria-Free Waterberg Bushveld Unless you’re an extreme adventure aficionado, you probably look forward to taking a break to relax, unwind and remove yourself from everything that forms part of your regular routine, responsibilities and environment. You recognise the short- and long-term value of resting and recharging your mind, body and soul. Invariably, your quest to do so involves nature, plus the opportunity to be surrounded by all the comforts and luxuries that you desire, without having to lift a finger. That’s a real laid-back holiday break.
Read More

Posted at 11:38h in Ranger Diaries
0 Likes
A Few Facts about a Fine 5-Star Lodge When asked what they missed most about South Africa while they were abroad, countrymen/women will refer to the vast African sky. In summer, it’s the most incredible shade of deep, bright blue during the day, unless it’s overcast, and the skyline seems to go on forever. At night, in any season, the canopy of stars above is breathtaking, becoming brighter and brighter the further one moves away from well-lit cities and human settlements.
Read More 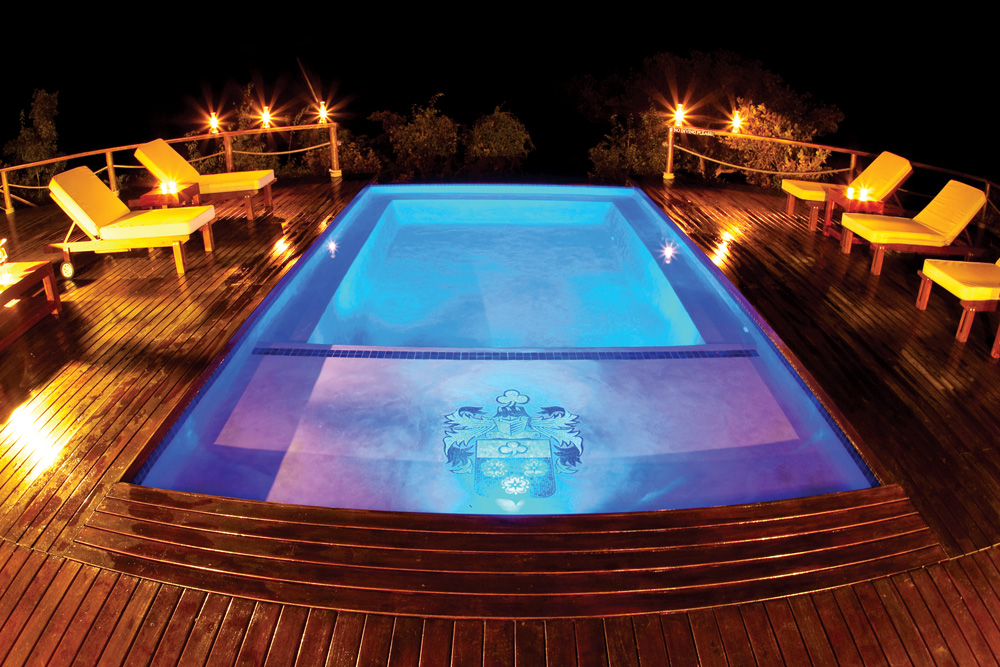 Posted at 09:15h in Ranger Diaries
0 Likes
Spoil Yourself with Some Exceptional Wildlife Accommodation in 2017 Perhaps the most meaningful New Year’s resolution that any South African should make and strive to keep is to spend less time in bemoaning the various difficulties that often confront the country and our daily lives, and instead to devote more of it to counting our blessings. We are privileged to dwell in a land that boasts imposing mountains, verdant valleys and thousands of kilometres of magnificent coastline, yet which is uniquely diverse with its contrasting bushveld scrub, and arid desert land. Bathed in sunshine for most of the year, it is also blessed with a rich biosphere that is home to countless species of plants and wild creatures, many of which are to be found nowhere else.
Read More

Posted at 09:04h in Uncategorized
0 Likes
Choose South Africa’s Top Wildlife Lodges for an Unforgettable Experience There is probably a trace of the adventurer in all of us. Among those who were in their youth when South African TV first went nationwide in 1976 and the subsequent generation, the roots of this aspiration may lay in the fascinating documentaries produced by the likes of Sir David Attenborough. For those whose youth predates the advent of this historic event, this inner desire can be attributed to the movies and to fictional characters, such as Tarzan of the Apes and Allan Quatermain, the big game-hunting hero of Rider Haggard’s King Solomon’s Mines. While hunting wildlife, where this is still permitted, may not be for everyone, a visit to one of the country’s top game lodges, and a chance to see and photograph one or two of Africa’s iconic Big Five in the wild, is an experience that has a near universal appeal.
Read More

Posted at 09:01h in Ranger Diaries
0 Likes
Experience Something Different in 2017 with this Luxury Accommodation When it’s time to take a break from the office grind and to say goodbye to the twice-daily commute for a week or so, there is probably no better way to spoil oneself than by making sure to book into a place that is renowned for its luxury accommodation. Traditionally, the South African hospitality industry has been recognised as world-class, offering levels of comfort and service that are hard to beat, and this is no less true in 2017. The advantage of an exchange rate that favours visitors from overseas has led to an increase in the number of foreign tourists, and the valuable hard currency that they bring with them has been providing the wherewithal for many in the industry to further upgrade their premises and, in the process, elevate the country to the status of a preferred international destination.
Read More

Posted at 13:47h in Ranger Diaries
0 Likes
Why Not Experience the Big 5 in Luxury this Holiday? Like many South Africans, you have probably taken the family on a couple of day trips to a lion or rhino park in the past, and it’s pretty certain that you all thoroughly enjoyed yourselves. However, in terms of enjoying a true wildlife adventure, this is little more than a taster. Having had that taste, however, many of those weekend trippers are now keen on a chance to experience all of the Big 5 over a period of days, while spending their less-active periods in luxury at a well-appointed, bushveld safari lodge. Surely this has got to be one of the truly great ideas for the upcoming holiday?
Read More 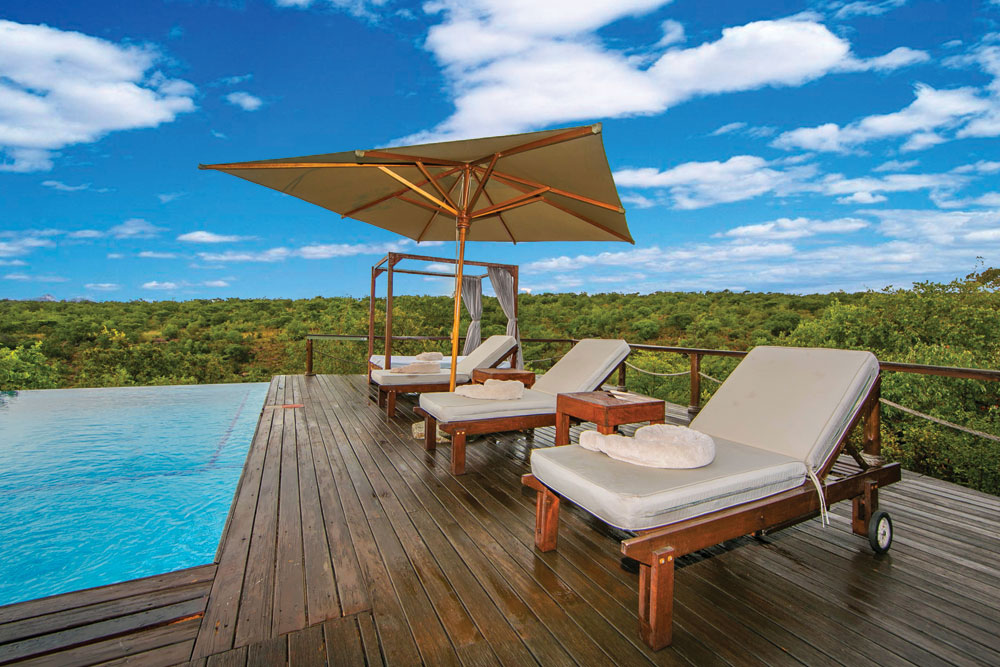 Posted at 13:41h in Ranger Diaries
0 Likes
It’s Time for a December Breakaway with Luxury Wildlife Accommodation The festive season is almost upon us and, now that the seasonal slow-down in work activities is providing us with the perfect opportunity to start planning a December breakaway, many South African families will already be shopping around for new swimsuits, body boards, some smart shades, sunscreen and insect repellent, as they prepare for the drive or a short domestic flight to one of the country’s coastal resorts. Among those who are not, quite a few are likely to be engaged in an online search for a lodge that offers them luxury wildlife accommodation in one of the nation’s many game reserves.
Read More

Posted at 13:34h in Uncategorized
0 Likes
Enjoy Luxury Game Lodge Accommodation at Affordable Rates The summer is upon us and, given the weak Rand, apart from a dwindling number of South Africans who can still afford to venture overseas, most will be planning to spend a week or two in one of the country’s local resorts. If it’s sea and sand that float their boats, we are blessed with one of the longest coastlines of any country in the world, and the appeal of the innumerable beaches of the fairest Cape, the friendly city of Port Elizabeth and Durbs, to name just a few, will be beckoning them soon.
Read More