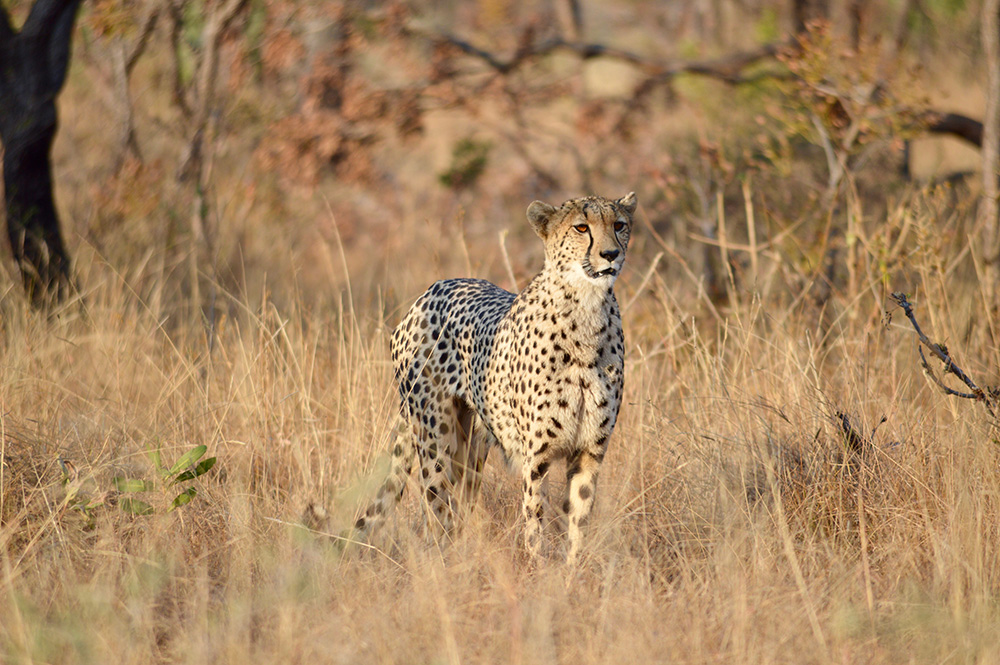 Posted at 08:00h in Ranger Diaries by ilead
0 Likes

There are virtually only a few aspects pertaining to our Big 5 game lodge that are not big, other than the small or tiny creatures, which play an integral role in our environment and ecosystem. Even the smallest details that enhance the quality and enjoyment of guests receive meticulous attention at our luxurious, 5 star Big 5 game lodge, Fifty Seven Waterberg.

Now, consider the famous, fabulous Big 5 that includes the African elephant, African lion, African leopard, African rhino, and Cape buffalo. The lion and leopard are both known as big cats, as is the cheetah, which is not a member of the Big 5 tribe. The Big 5 were accorded this title by professional game hunters of yore because of their respective reputations as being dangerous animals to track and hunt.

African Elephant – Biggest of the Big Ones

Physically and physiologically, the African elephant is the biggest of the Big 5, as well as the largest land mammal in the world. Elephant herds are matriarchal. The matriarch is usually the oldest female in the herd, with the most experience in a leadership role, finding food and water sources, and protecting and rearing calves. An irate, charging elephant is a formidable adversary.

Known as the king of the jungle in folklore, the African lion – in Africa – has no jungles over which to rule. Here, our lions inhabit a diversity of bushveld terrains, over which they are fiercely territorial, especially the males, which are responsible for continuing their individual bloodlines, and fighting off intruders that want to generate their own progeny.  Their main functions are domination of a pride of females with cubs, which they have sired, and defending and protecting their own territory. Most of a pride’s hunting is done by lionesses.

African Leopards are solitary big cats. Once mature, males and females only get together when the female is in season; otherwise, they are enemies, sometimes mortally so. Leopards are perceived as being elusive and shy, because they are solitary, preferring to shelter, rest, sleep, and eat in trees, and look for prey from their lofty positions in trees. Excellent climbers with spotted coats, leopards are perfectly camouflaged, and difficult to spot with an untrained eye.

These heavy, horned creatures, both black and white, are critically endangered, because the species are being decimated for their horns, which are erroneously perceived to have aphrodisiac and medicinal properties by certain Eastern cultures. When alarmed, rhino will charge at anything or anyone they hear or smell. While they can see, their sight is poorer than that of many other game species.

Seen by many as the most dangerous member of the Big 5 group, buffalo can be extremely aggressive, and appear to be intelligent and cunning. They are heavy beasts with a pair of curved horns that help in protecting heads, skulls, and brains. An injured or wounded buffalo may hide to ambush and destroy an actual or perceived enemy.